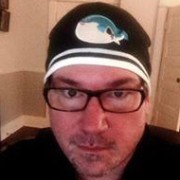 A Sad Day in the Hood. Rest in Peace, President Matt Klee.

We here in Hood River are so sad. The president of HRATS, our beloved Matt Klee, passed away in a mountain biking crash at Whistler on 5/30/2014. A memorial service will be held at the Gorge Room at the Hood River Inn at 5pm on 6/7/2014. The family has asked that donations be made to HRATS in lieu of flowers. Thank you for your support, kind words, and patience while we grieve Matt’s death.

Words can’t convey how awesome Matt was. He was kind. Caring. Thoughtful. Funny. Passionate, Driven. A good listener. Level-headed. He had ideas, and he executed them. At our meetings, he listened to our always passionate, sometimes unruly board members share their ideas, and he kept them focused on the task at hand. He stayed calm. He kept the meetings on track. He was the force keeping HRATS moving forward, and he did it by being the kindest, most level-headed, sweetest, most genuine and driven person to ever work in mountain bike advocacy.

You can see Matt’s work on the features in Family Man and in the new set of training jumps just below Family Man. Matt didn’t build those for himself. He built them so his wife and everyone else would have a safe place to learn to jump. You’ll find Matt’s spirit in Lolipop Lane, the kids’ loop in Family Man. Matt and Jen didn’t have kids, but Matt gave countless hours to build a trail so your little ones would have a safe place to ride. That’s the kind of guy he was. Incredibly giving. Always moving forward on another project that would make our trails better for everyone, not just for him. We miss him terribly. He is irreplaceable. There is nobody else like him.

Matt was riding at Whistler on 5/30/2014, having the time of his life, when he crashed. His last Facebook post conveys his happiness: “Whistler Bike Park update = amazeballs. Perfect dirt, no one here, and the trails are early season buffness. #winning.” We could say we’re glad he left us while riding. But there’s no relief in saying that. Matt should have ridden bikes for decades longer. We’re devastated, heartbroken, baffled andsad. And we’re doubly sad because Matt’s wife, Jen Klee, is our new treasurer, elected just weeks ago. Our souls ache for her.

There are no words that can lift the pain from the hearts of the HRATS, Hood River’s biking community and the Klee Family. But your stories and photos can bring some smiles. You can share a note or a story with Matt’s family at Anderson’s Tribute Center. You can also share photos via Dropbox. The Dropbox space is limited, so please keep it to your 3 or 4 best Matt Klee photos.

HRATS will continue, and yes, we’ll be naming a trail after Matt. Oh, yes we will. It’ll take a bit of time, but you’re going to love it. The Kleeway. Stay tuned for details on that and other things we’ll do to memorialize this just-plain-awesome guy. Thank you for your support of HRATS and the Klee Family in these tough times.